An alternative to expensive and environmentally harmful sanitary products is being freely offered to girls in Papua New Guinea.

Days for Girls or Meris Malo, based in Lae, is an NGO which works with local schools to create and deliver health education information and, more importantly, free washable sanitary pad kits.

Jacki Leota-Mua of the group said that it has visited about a dozen schools and distributed over 3000 sanitary kits.

This is not a perfect solution, as Leota-Mua also said that during their periods young women often do not attend school. Reasons for non-attendance include the lack of wash facilities or clean water at schools but can also stem from embarrassment about obvious stains on their clothing.

“They are often teased or bullied by the boys in school, that’s also a deterrent and that keeps the girls from going to school,” she said. 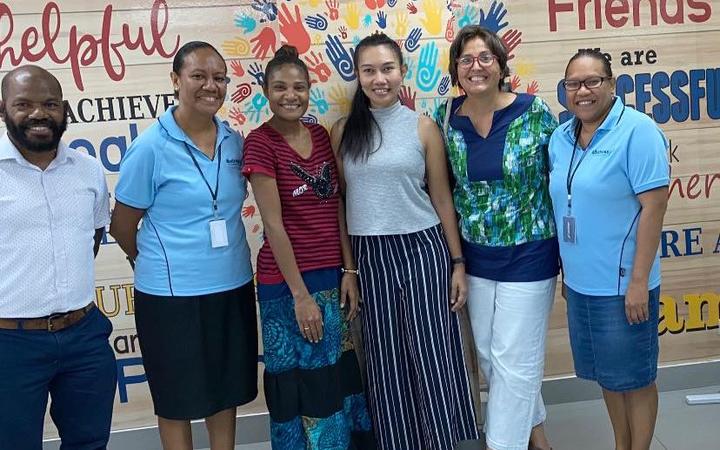 Some of the members of Meris Malo based in Lae.
Photo: Supplied / Days for Girls Meris Malo

“That direct distribution is much more effective than going to villages because sometimes it can get political when we go directly to the village,” she said.

She said the schools are a really great avenue for us to work in.

“When we distribute, we don’t just give out the menstrual kits, we also give health talks, puberty, menstrual cycles, we talk about rape, self-defence.

We also talk a little bit about trafficking as well, child trafficking, and if it becomes a red flag for girls, then they can approach their teachers, especially female teachers. 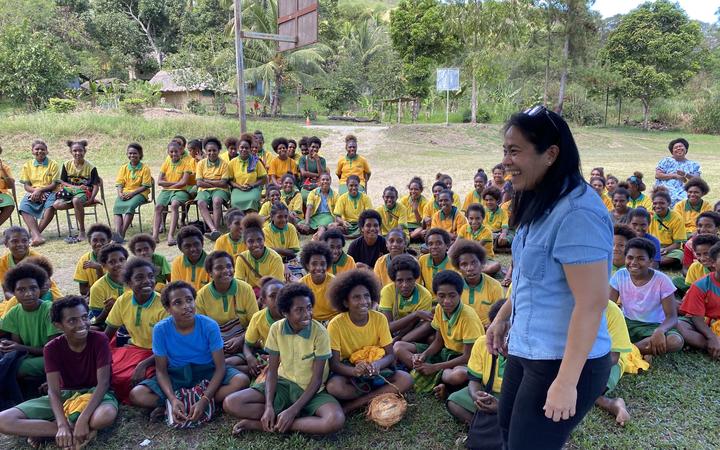 Female teachers are also present at the distribution point, so that they then become an avenue for the girls to go to when they need help.

In such rural communities, the time of a women’s period is considered taboo. During that time women are often separated from their families and kept away from males, due to a belief that the period will bring back bad luck to men and boys.

This taboo extends to women not being allowed to cook or go near food during their period because they are perceived as unclean. 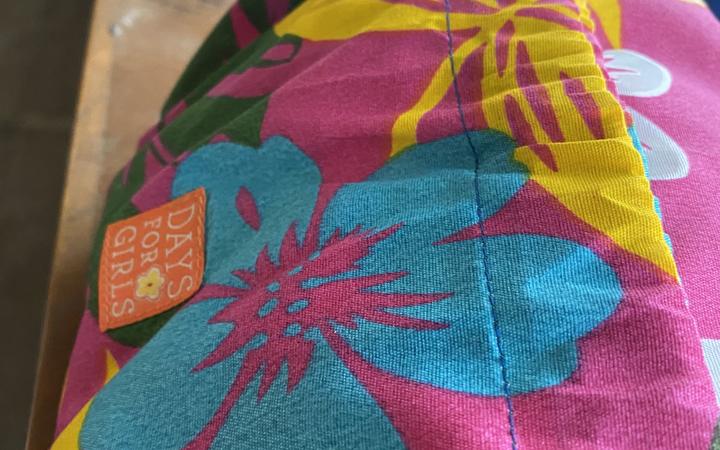 Another member of Meris Malo, Bernadette Raoma Kraftt, describes how communities deal with this belief:

“Some villages it’s taboo for women to stay with their families when they get their periods. They will go to a menstrual hut where they will wait until their cycle has ended.

Leota-Mua said some of the women she has spoken to in the rural areas enjoy the time away from families and see it as a time of rest.

“Sometimes there are two or more women, old women, young women in the hut together sharing stories.”

But she said that’s changing as more families move to the urban centres and settlements.

While cultural issues pose a challenge, general use of sanitary products also poses a problem for the environment. Leota-Mua stated that the way that such products are disposed of has become an environmental problem in Papua New Guinea.

The plastic sanitary pads that are generally available can contain harmful chemicals, such as dioxins, and can take up to 800 years to degrade. Burning plastic pads releases toxins into the air, further polluting the local environment,

However, the sanitary products Meris Malo provides are made from cloth and are re-usable, lasting up to three years. As such, they provide a much safer and more environmentally friendly alternative.

The perceived link between women’s health and environmental protection can be summed up in this proverb, from the Meris Malo literature:

When we look after our daughters, she will look after us when we are old.

When we look after our girls, she will look after us, into the future.”

Women’s group stranded in Morocco ‘left to sort ourselves out’

admin - August 6, 2021 0
For many fitness enthusiasts, the beginning of the COVID-19 pandemic meant a necessary switch-up of their workout routines. With gyms temporarily shuttered, many...

Will gyms go way of arcades, movie rental stores? Many struggling or gone for...

Hydrow review: Is this high-tech rowing machine worth it?

admin - July 23, 2021 0
Hydrow rower review Immersive home workouts have made great strides in recent years, thanks in part to high-tech exercise machines — some of which...

admin - June 21, 2021 0
England are preparing for Tuesday's match with the Czech RepublicSports stars and clubs across the world continue to provide an insight into their...

admin - October 22, 2021 0
Submitted by UnitedHealthcare of Washington. Even before the global pandemic, Washington women and children’s mental health has been a growing concern. A new report...

Young people emerging from Melbourne’s lockdown talk about their futures